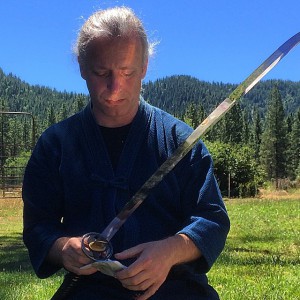 Mike Esmailzadeh is the head instructor of Suigetsukan. He holds the following ranks and licenses:

He has been actively involved in martial arts since 1976. Mike was born in Germany, and immigrated to the US at the age of 12. Months after arriving in the United States, he began learning Jujutsu under Professor David Bellman. Other Jujutsu Professors, instrumental to his education, are Prof. Tony Muran, Prof. Tim Lynch, Prof. Dom and Helen Carollo. He is equally grateful for the many years of Aikido and Toyama Ryu Battodo instruction he received from Obata Kaiso in those arts. Michael Esmailzadeh is also thankful for having studied the Inayan system of Eskrima under the direction of Mangisursuro Mike Inay, Suro Jason Inay and Masirib Guro Jena Inay. He also wants to thank Shihan Russ Rhodes for the teachings he has provided in that system.

Mike has also trained in a variety of other martial arts/sports, including fencing, wrestling and Iaido. He trained and taught within the Chinese Gung Fu schools of Tai Mantis (Kam Yuen) and Wu Tang (Jason Tsou). He is currently continuing his education in Chinese Martial Arts by studying Bagua Zhang under Maija Soderholm.

In 1990 he left Los Angeles for Oakland, and founded the Suigetsukan Dojo. Suigetsukan now consists of 1700 sq./ft of mat space, and living quarters for Mike and five others. Mike currently teaches Toyama Ryu Battodo, Aikido and Jujutsu. He also co-teaches women’s self-defense classes. 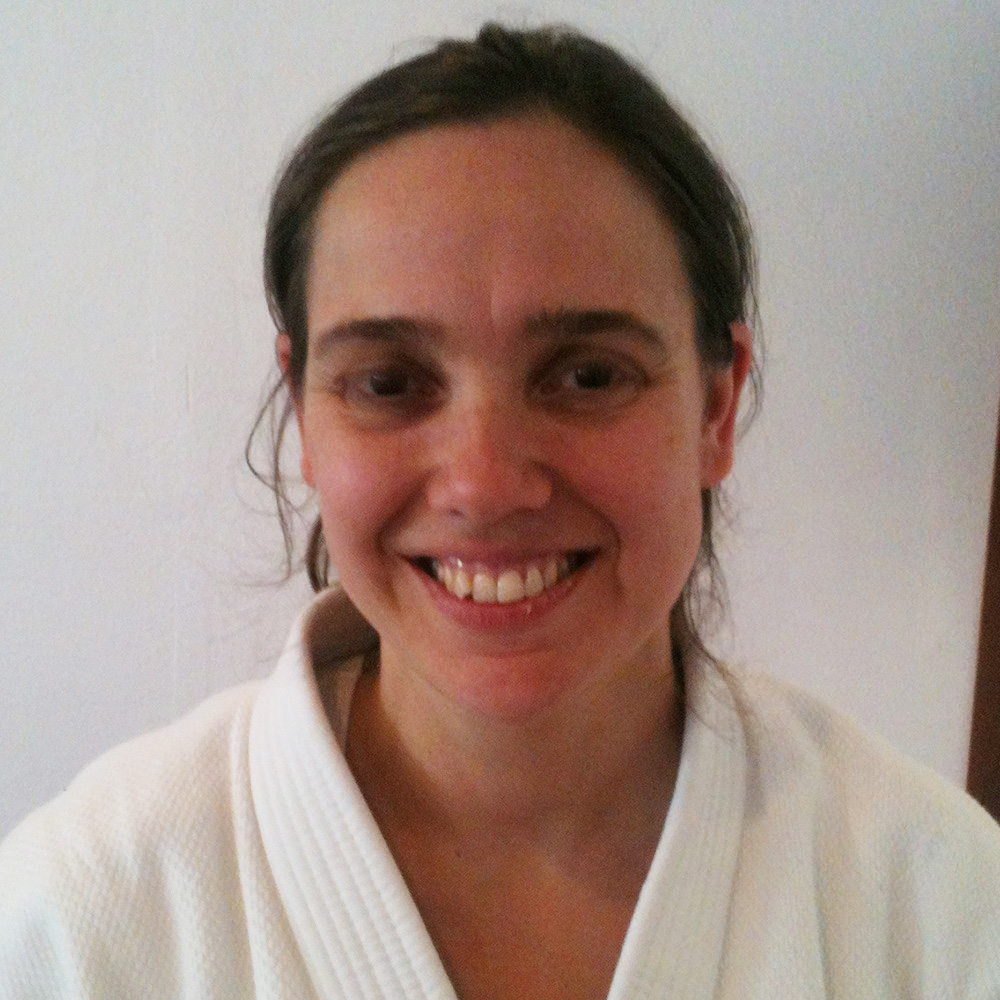 Gina Rossi Rehal began training martial arts at Suigetsukan in 1992. She has been an instructor at Suigetsukan since 2003. She holds the ranks of Rokudan in Danzan Ryu Jujitsu, Yondan in Aikido, and Yondan in Toyama Ryu Battodo. Gina was an uchi-deshi (live in student) at Suigetsukan for 18 years. She has developed and is the head instructor of the youth program at Suigetsukan. She taught martial arts and self-defense classes to youth at two Oakland Public Schools, Urban Promise Academy and Street Academy. She has taught many self-defense workshops for community organizations around the bay area. Her focus is on providing a supportive and integrative teaching environment that challenges the students involved. She believes that martial arts should be made accessible to everyone both through offering classes at a sliding scale and by working on a variety of teaching modalities. She was born and raised in Oakland, California. 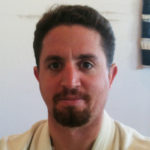 Jonathan Largent has studied martial arts and Danzan Ryu Jujitsu since 1984. He began his martial arts career at the young age of 7 years old with Shihan Richard Pietrelli at the Fusuikan Martial Arts Center, where he eventually became the Senior Youth Instructor. Upon finishing his college studies, Sensei Largent moved to the Bay Area in 2003 and began studying DZR with Professor Michael Esmailzadeh at Suigetsukan Dojo. In 2007 Sensei Largent co-founded the Kiriishi Kai dojo in Arcata, California and served as the President of the Kilohana Martial Arts Association from 2010 through 2011. He has also cross trained in various other martial arts over his lifetime. He holds the rank of Godan in Danzan Ryu Jujitsu.

Jorin Bukosky began his training with Mike Esmailzadeh Sensei in 1991 when Suigetsukan opened in Oakland. When Suigetsukan could house students, Jorin saw this as an excellent opportunity to further his training and teaching skills and leapt at the chance to become an uchi-deshi. After nine years as an uchi-deshi Jorin left the program, but continues to train and teach at the Dojo. Jorin has trained in all the arts offered at Suigetsukan and holds the rank of Godan in Danzan Ryu Jujutsu, Sandan in Aikido, Sandan in Toyama Ryu Battojutsu and is a Level 3 Apprentice Instructor in Kadena de Mano. 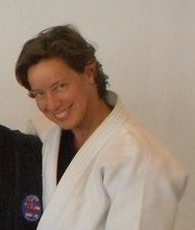 Gwyn Brookes began training at Suigetsukan Dojo under Sensei Mike Esmailzadeh in 2001 and holds a Yondan in Aikido and Toyama Ryu Battodo and Sandan in Danzan Ryu Jujutsu. She has also been an instructor with Girl Army self-defense collective since 2004. Gwyn has an extensive background as a professional dancer. Prior to starting martial arts training, she performed for over a decade in San Francisco, New York and Seattle. Gwyn is also a Guild Certified Feldenkrais Practitioner and a Starting Strength Coach, and a competitive powerlifter. 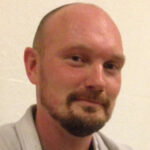 Timothy Sheehan began his martial arts training under Mike Esmailzadeh at Suigetsukan in 1997. Japanese martial arts became a significant obsession over the years, leading to an extended stay in Japan from 2006 to 2007, where he studied traditional jujutsu and sword-drawing. Upon returning to the US, he refocused his efforts on Danzan-ryu, and currently compliments this practice with study of Chen-Style Taijiquan. Tim holds the rank of Yondan in Danzan-ryu jujutsu. 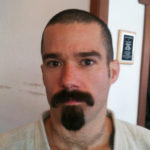 Ocean Mottley began training martial arts at Suigetsukan in 1999. He found the dojo through the Free Skool at the Long Haul (Berkeley). He took his first class as a requirement for a women’s studies class [Politics of Sexual Violence] at City College of San Francisco that he was enrolled in along with Sensei Tim Sheehan. He holds the rank of Yondan in Danzan Ryu Jujutsu. His home school is Suigetsukan, and he has trained at Shinbukan and Redding Jujitsu Academy. He also holds the rank of Sankyu in Judo and has trained at UC Berkeley, UCLA, City College of San Francisco, Hollywood Judo, and Modern Combatives where he also trained in Muay Thai and competed in four smokers. He began teaching classes in 2006 and has also worked with Girl Army. Ocean is the lead instructor of Suigetsukan’s sparring class. 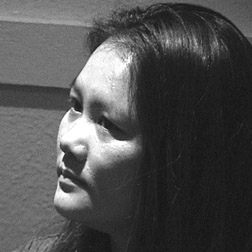 Rebecca Wong has been training at Suigetsukan Dojo since its founding in 1991. She is an instructor and Board member of Suigetsukan, and has a 3rd degree Black Belt (Sandan) in Aikido as well as in Danzan Ryu Jujutsu. She also holds a rank of Nidan in Toyama Ryu. She taught with ASAP – an API collective teaching awareness and self-defense for Asian and Pacific Islander women and girls. She also serves as an active Board member for Girl Army women’s self-defense collective. Rebecca works in a community mental health services program providing case management and money management services to the homeless in San Francisco. 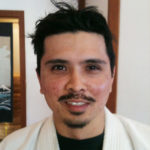 Alexander Ang-Angco holds the rank of Sandan in Aikido, Sandan in Toyama Ryu Battodo and Gokyu in Danzan Ryu Jujutsu. He began training Danzan Ryu Jujutsu at Suigetsukan in 1996, then Aikido and Sword in 1997. Since then, he has participated in various demonstrations for Suigetsukan with Professor Mike Esmailzadeh. He continues to train and teach. Alex was born in the Philippines and spent his childhood in Papua New Guinea. He moved to California in 1995. 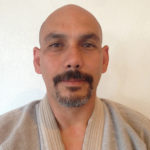 Innosanto Nagara holds the rank of Sandan in Danzan Ryu Jujutsu and Shodan in Aikido. He has participated in a number of martial arts sport tournaments and has cross-trained in kickboxing and San Shou. Inno is one of Suigetsukan’s sparring class instructors and co-teaches Wednesday Jujustu class with David Leighton. 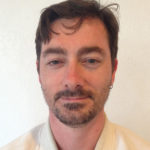 David Leighton started training with Mike Sensei when Suigetsukan was founded in 1991. He holds a Sandan in Danzan Ryu Jujutsu, a Shodan in Aikido, an intermediate level rank in Battojutsu, and was participating in the Apprentice instructor program in Kadena de Mano. Before finding Suigetsukan as a youth, David trained in striking arts, consisting primarily of Karate and Tae Kwon Do. He also trained and competed in western style Foil fencing for many years as a youth and adult. David co-teaches Wednesday Jujutsu class with Innosanto Nagara.